Paragraph 332:
All the time they were playing the Queen never left off quarrelling with the other players, and shouting `Off with his head!' or `Off with her head!' Those whom she sentenced were taken into custody by the soldiers, who of course had to leave off being arches to do this, so that by the end of half an hour or so there were no arches left, and all the players, except the King, the Queen, and Alice, were in custody and under sentence of execution.
PREV / NEXT   92 / 117
BACK TO ALICE AND OTHER A... 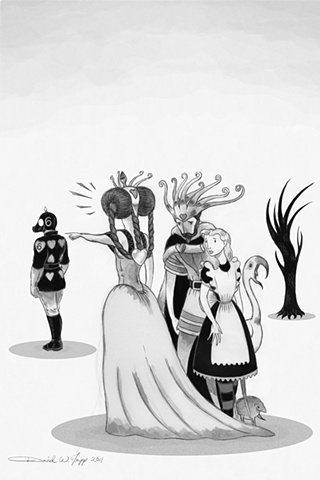